One of the most significant books I read as an undergraduate was Racial Attitudes in America: Trends and Interpretations, by sociologists Howard Schuman, Charlotte Steeh, and Lawrence Bobo (1985). (A revised edition was published in 1998 by Harvard University Press.)

In fact, my first ever academic conference presentation (at the Western Anthropology/Sociology Undergraduate Research Conference at Santa Clara University) was inspired by this book. It was based on a paper I wrote for Dr. Yossi Shavit’s social statistics class: “From Bensonhurst to Berkeley: Trends in American Racial Attitudes, 1972 to 1988.” In that paper, I used General Social Survey (GSS) data to analyze whether American racial attitudes had improved or, I feared, declined or stagnated over time.

With the help of Shavit and my teaching assistant Eleanor Bell, I created a Guttman scale for racial attitudes based on 7 questions from the GSS. 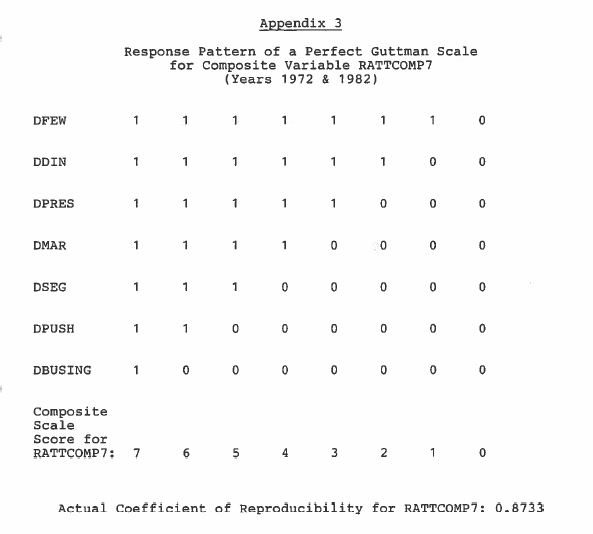 As the snippet from my paper above shows, Guttman scales are hierarchical so that a person who agrees with a certain item should also agree with lower-ranked items. For example, a person who favors busing to achieve desegregation (the hardest item in the racial attitudes scale) should also favor easier items such as interracial marriage and having a family member’s black friend home for dinner.

I was reminded of this work today when I was surfing around the internet trying to find ways people have used the General Social Survey to study racial attitudes recently. Many of the same survey questions I utilized continue to appear, but I was taken aback when I stumbled across the following graphic on racial attitudes from Nate Silver’s FiveThiryEight website that examined responses to a question I had not analyzed: 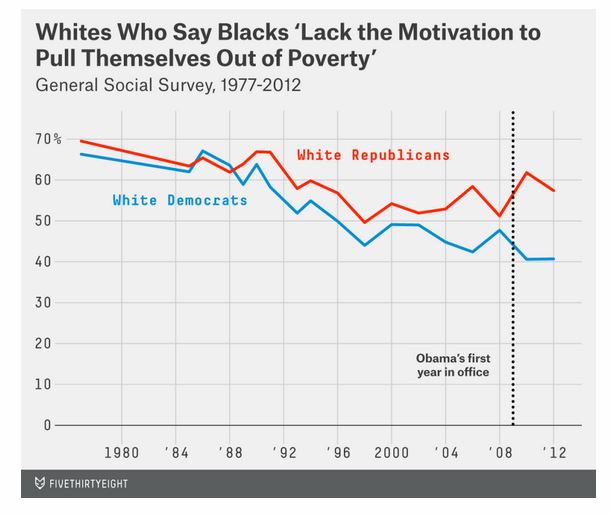 Wow. That is all I can say.